In Foe, J. M. Coetzee delivers a different spin on the Robinson Crusoe story. By adding some new characters and giving the original author, Daniel Defoe a major role, he reworks the story and raises ... Read full review

This review will overflow with cliché. Such is the sum of my experience. Fox is a meditation on silence. Coetzee explores the natural aspects of such. The sea and wilderness yield no ready wisdom ... Read full review

J. M. Coetzee was born in Cape Town, South Africa in 1940. The author of some fifteen novels and winner of numerous awards, Coetzee is the first author to have been awarded the Booker Prize twice: for Life & Times of Michael K in 1983 and for Disgrace in 1999. In 2003 he was awarded the Nobel Prize in Literature. He lives in Australia. 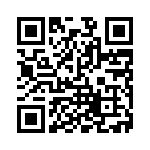