Robert Bothwell is a professor in the Department of Historical Studies at the University of Toronto.

Ian M. Drummond (1933-1994) was a professor emeritus of economics and a former vice-dean, Faculty of Arts and Science, University of Toronto. He is co-author, with Robert Bothwell and John English, of Canada since 1945 and Canada 1900-1945 .

John English is Distinguished Professor Emeritus at the University of Waterloo. 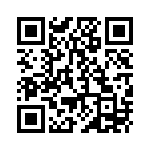