Andrea Mubi Brighenti is Professor of Social Theory and Space and Culture at the Department of Sociology, University of Trento, Italy. His research topics broadly cover the relationships between space, power and society. His most recent book is The Crowd’s Common. Towards Canettian epistemology (forthcoming 2022). His research website is www.capacitedaffect.net 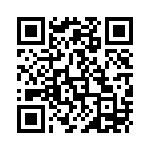