This one really grabbed me, it is a strange mix of things that you can never second guess. There were a few times when I thought I had skipped a chapter but instead it was because I thought I understood what was happening. Brilliant. Read full review

I continue to read Haruki Murakami with absolute delight. This is heralded as a sequel of his "Chasing wild sheep" It is helpful to read "Sheep", but it is not necessary as Murakami provides enough ... Read full review

Haruki Murakami is a best-selling Japanese writer. His works of fiction and non-fiction have garnered critical acclaim and numerous awards, including the Franz Kafka Prize, the Frank O'Connor International Short Story Award and the Jerusalem Prize, among others. Murakami's fiction is humorous and surreal, focusing on themes of alienation and loneliness. He is considered an important figure in postmodern literature. The Guardian praised Murakami as "among the world's greatest living novelists" for his works and achievements. Murakami is the author of 1Q84, The Wind-Up Bird Chronicles, Men Without Women and many more.

Alfred Birnbaum is an American translator who has translated works by Haruki Murakami, Miyabe Miyuki, and Natsuki Ikezawa. He has also edited the short story anthology Monkey Brain Sushi: New Tastes in Japanese Fiction. Birnbaum is a professor of creative writing and translation at Waseda University’s School of International Liberal Studies. 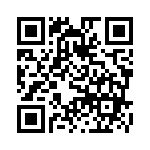