Review: Palestine and the Arab-Israeli Conflict: A History with Documents

CHARLES D. SMITH is professor of Middle East history in the Department of Near Eastern Studies, University of Arizona. He has held numerous grants for research in the Middle East, was a Fulbright scholar in Egypt, and served as a member of the Institute for Advanced Studies at the Hebrew University of Jerusalem. He has published scholarly articles on many topics, including Egyptian Islam, Anglo-French imperialism in the Middle East, and nationalism and identity. Author of Islam and the Search for Social Order in Modern Egypt, he is currently writing a study of Anglo-French relations and European imperial goals in the Middle East during World War I. 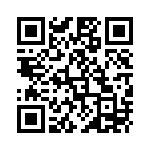