This is a great book and quite comprehensive. It is also well footnoted which means you can look for and find the original sources.

Cheung holds a Canada Research Chair in environmental ergonomics at Brock University, where his research focuses on the effects of thermal and altitude stress on human physiology and performance. The author of Advanced Environmental Exercise Physiology (Human Kinetics, 2010), Cheung helped to establish the sport science support network for the Canadian Sport Centre in Atlantic Canada and has consulted with world champion cyclists along with the Canadian national rowing and snowboard teams on specific sport performance projects. He has also served as a cycling official and as a board member of the Canadian Cycling Association. Cheung lives in Fonthill, Ontario.

Mikel Zabala, PhD, is director of the Cycling Research Center in Granada, Spain, and editor in chief of the Journal of Science and Cycling. His research interests are cycling performance and doping prevention. He is a senior lecturer on the faculty of sport sciences at the University of Granada, teaching students seeking advanced degrees in cycling. He has authored numerous scientific papers about cycling and training and coached a number of international professional cyclists, serving as performance director for the renowned MOVISTAR professional cycling team since 2012. 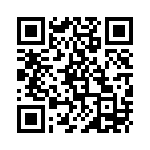