I wanted to reread The Joy Luck Club because we were talking about it in my book club and I remembered how well the movie adaptation and it had been a while since I had read the book. Go figure, I ... Read full review

Amy Tan is the bestselling author of Where the Past Begins: A Writer’s Memoir, The Joy Luck Club, The Kitchen God’s Wife, The Hundred Secret Senses, The Bonesetter's Daughter, The Opposite of Fate: Memories of a Writing Life, Saving Fish from Drowning, and two children's books, The Moon Lady and The Chinese Siamese Cat, which was adapted into a PBS television series. Tan was also a coproducer and coscreenwriter of the film version of The Joy Luck Club. Her essays and stories have appeared in numerous magazines and anthologies, and her work has been translated into thirty-five languages. She lives with her husband in San Francisco and New York. 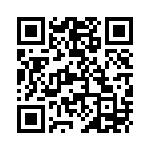