Politician, philosopher, farmer, architect, and author, Jefferson was born to Peter and Jane Randolph Jefferson on April 13, 1743, in Tuckahoe, Virginia. As Jefferson observed in his autobiography, his parents could "trace their pedigree far back in England and Scotland." At the age of 16, Thomas Jefferson entered William and Mary College; at age 24, Jefferson was admitted to the bar; at 25, he was elected to the Virginia Assembly. Renowned for his political contributions to the American colonies, and later, to the embryonic Republic, Jefferson published in 1774 A Summary View of the Rights of British America, celebrating the inalienable natural rights claimed by the colonialists. In 1775 Jefferson was elected to the Continental Congress; in 1776 he joined the five-person committee responsible for drafting the Declaration of Independence---a document that is widely regarded as being largely Jefferson's own work. In 1779 Jefferson was elected governor of the state of Virginia, and in subsequent years he distinguished himself both as a cosmopolitan international politician and as a man committed to the future of Virginia. In 1789 he was appointed U.S. secretary of state, in 1797 he served as vice president under President John Adams, and in 1801 he was elected third president of the United States. Jefferson's literary career was no less stellar than his political accomplishments. He authored tracts and books on such diverse subjects as gardening, the life of Jesus, the history of Virginia, and the practices of farming. The precise descriptions of nature that inform his Notes on the State of Virginia (1787) are frequently credited with foreshadowing the Hudson River school of aesthetics. Thomas Jefferson died on the fourth of July. His grave marker, engraved with words of his own choosing, states, "Here lies Thomas Jefferson, Author of the Declaration of American Independence, of the Statute of Virginia for Religious Freedom and Father of the University of Virginia.

Edwin Morris Betts (1892-1958) was professor of biology at the University of Virginia for thirty-one years. He first became interested in Jefferson's gardening and farming pursuits while studying the trees Jefferson imported from abroad for planting on the grounds of the University. His scholarly legacy also includes his editing ofThomas Jefferson's Garden Book. 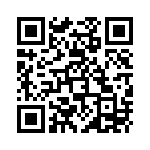