This book may be obtained from the American Institute of the History of Pharmacy (www.aihp.org) at 777 Highland Avenue, Madison, WI 53705. 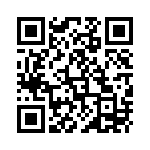