I'm going to copy the same review into each of the editions. Ultimately while the books each are separate--the whole series needs to be read for any sort of real understanding and closure. First of ... Read full review

One of my favorite alternate history novels of all time. The 2nd book in the series is suppose to be even better. I look forward to finding out. Read full review

IAN TREGILLIS lives near Santa Fe, New Mexico, where he works as a physicist at Los Alamos National Laboratory. He is a member of the Wild Cards writing collective, directed by George R. R. Martin. Bitter Seeds is his first novel. 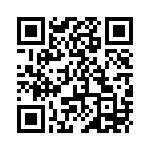