31 pages matching going to Kisho's in this book

Francine Pascal Francine Pascal grew up in New York City and attended New York University. She is the author of the Sweet Valley High series, featuring twins Jessica and Elizabeth Wakefield. She had originally planned the idea for a daytime soap for teens, but a close friend talked her into making the idea into a book series instead. Pascal has also written "Hangin' Out with Cici, which became an ABC After School Special called "My Mother Was Never a Kid", "The Hand-Me-Down Kid," also made into an ABC After School Special, "My First Love and Other Disasters," and "Love and Betrayal & Hold the Mayo." She has also worked on a musical and several adult books, and is the executive director for the Sweet Valley High TV show. 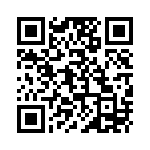