President Barack Obama was born in Honolulu, Hawaii on August 4, 1961. He graduated with a degree in political science from Columbia University in 1983. Before moving to Chicago in 1985, he worked at Business International Corporation and then at the New York Public Interest Research Group. In Chicago, he worked as a community organizer with low-income residents. He entered Harvard Law School in 1988, was elected editor of the Harvard Law Review in 1990, and graduated in 1991. After graduating law school, he returned to Chicago and became a civil rights lawyer. He also taught at the University of Chicago Law School from 1992 to 2004. In 1997, he was elected to the Illinois State Senate and served until 2004. In 2000, he made an unsuccessful bid for a seat in the U.S. House of Representatives. In 2005, he was elected to the U.S. Senate. In 2007, he announced his candidacy for the 2008 Democratic presidential nomination. On November 4, 2008, Obama defeated John McCain in the general election and became the first African-American to be elected President of the United States. He wrote Dreams from My Father: A Story of Race and Inheritance in 1995 and The Audacity of Hope: Thoughts on Reclaiming the American Dream in 2006. He won Best Spoken Word Album Grammy Awards in 2006 and 2008 for abridged audiobook versions of both books. He won the Nobel Peace Prize in 2009. His book Of Thee I Sing came out in 2010. 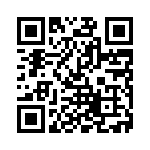