Kevin Lang is Chairman of the Boston University Department of Economics and a research associate of the National Bureau of Economic Research. He is coeditor of the journal Labour Economics. 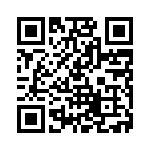