Marc Simmons, besides being an aficionado of the writings of Charles F. Lummis, is himself a historian and prolific author. In 1993 he was knighted by order of the King of Spain for his publications on Spanish colonial history of the Southwest. Among his most recent books are New Mexico Mavericks, Stalking Billy the Kid, and a new edition of Southwestern Colonial Ironwork, all published by Sunstone Press. 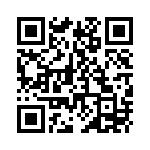