Dieter Simon is Director of the Max-Planck-Institut für Europäische Rechtsgeschichte in Frankfurt. 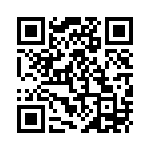