Bradford Fitch (Author) is President of the Congressional Management Foundation. Previously Fitch was Vice President, Client Services for CQ-Roll Call Group, former CEO of Knowlegis, and former Deputy Director of the Congressional Management Foundation (CMF). He is the author of Media Relations Handbook for Agencies, Associations, Nonprofits and Congress (TheCapitol.Net) and Citizen's Handbook to Influencing Elected Officials (TheCapitol.Net). Fitch has spent 20 years in Washington as a journalist, congressional aide, consultant, college instructor, and writer/researcher. Fitch began his career in communications at age 14, reading statistical summaries of high school basketball games for his hometown radio station in upstate New York. After working as a radio and television reporter in the mid-1980's, Fitch began working on Capitol Hill in 1988. During his 13 years on Capitol Hill, he served in a variety of positions for four Members of Congress, including: press secretary for a House Member, campaign manager for a House Member, communications director for a House committee, communications director for a U.S. Senator, legislative director for a House Member, and chief of staff for a freshman House Member.

Jack Holt (Editor) is a recognized leader in successfully formulating, implementing and managing communication programs for very large organizations including both the Department of Defense and the U.S. Federal Government. He created, developed, and produced the DoD Bloggers Roundtable and DoDLive web communication concept, co-authored the OSD policy memorandum DTM 09-026 for the Responsible and Effective Use of Internet-based Capabilities, and is co-founder of the DoD All Services Social Media Council. Jack has more than 20 years communication policy development and application experience, teaches at the graduate level, consults, and collaborates on how to effectively use the new and emerging media in meeting business needs including improving customer relationships, implementing change management and developing innovative organizational environments. He has his own communication consulting firm, is the Director for Policy Analysis for Blue Ridge Information Systems, adjunct lecturer at Georgetown University, and a member of TheCapitol.Net's faculty. He also teaches at the NATO School and has taught sessions on Communication, Journalism and New Media strategies and tactics at the Defense Information School and the Naval Post Graduate School. He is also a member of the PRSA Counselors to Higher Education Committee and the 2009 Chair for the PRSA National Capital Region Public Affairs and Government Committee. 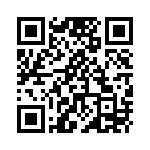