I have long been perplexed by the paradoxes inherent in modern physics. But, the lecturers that I've heard seem to state these paradoxes glibly. They even seem to revel in them as a "pons asinorem ... Read full review

This excellent book is a cheap way, (< $10 at review time), to get a view of how Heisenberg thought about quantum mechanics circa 1930. The book is constructed from his notes for a series of lectures given at the University of Chicago. The book is about 3/4 text discussing an overview of quantum theories and the experiments that led up to/verified those theories. The last quarter or so is dedicated to laying out the mathematical formalism.

Werner Heisenberg, a German physicist, is regarded as the founder of quantum mechanics, which describes atomic structure in mathematical terms. During the 1920s quantum theory became a controversial topic, following Niels Bohr's model proposal for the hydrogen atom. Heisenberg, dissatisfied with the prevalent mechanical models of the atom, conceived an abstract approach using matrix algebra. In 1925, Heisenberg, Max Born, and Pascual Jordan developed this approach into a theory they termed matrix mechanics. Unfortunately, the theory was difficult to understand, since it provided no means of visualizing the phenomena it explained. Erwin Schrodinger's wave formulation, proposed the following year, proved more successful. In 1944 Heisenberg's and Schrodinger's formulations were shown to be mathematically equivalent by John Von Neumann. In 1927 Heisenberg stated the uncertainty principle, for which he is best known. According to this principle, it is impossible to specify simultaneously both the position and the momentum of a particle, such as an electron. This is caused by interference with those quantities by the radiation that is used to make the observation. The uncertainty principle was demonstrated by means of a thought experiment rather than by a physical observation. Heisenberg also explained ferromagnetism, tracing it to an atomic structure. In 1932 he was awarded the Nobel Prize. Heisenberg was one of the few outstanding German physicists to remain in Germany during World War II. During the war he supervised atomic research in Germany, with the goal of constructing an atomic bomb, although he claimed not to be a supporter of the Nazi regime. Whether by intent or by circumstance, this effort proved to be unsuccessful, and contradictory statements by Heisenberg have not satisfactorily explained the outcome of the project. After the war, Heisenberg publicly declared that he would no longer take part in the production or testing of atomic weapons. 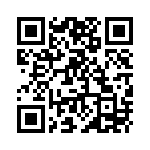