Alexander Kitroeff is Professor of History at Haverford College. He is author of numerous books, including, most recently, The Greeks and the Making of Modern Egypt. Follow him on Twitter @Kitro1908. 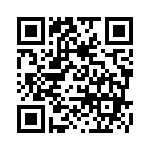