Lawrence H. Konecny is a manager of training and technical support at the Burlington Northern and Santa Fe Railway Company's Technical Training Center in Overland Park, Kansas. His great-grandfather immigrated from Moravia to Texas in 1881, and Konecny's interests in his family's history inspired this book as well as several articles on Czech and German immigration to Texas.Clinton Machann is a professor of English at Texas A&M University. His love for Czech Texan history and literature has led him to write this work as well as well as several others, including Czech Voices: Stories from Texas in the Amerikán Národní KalendáÍ, which was published by Texas A&M University Press in 1991. Machann has a Ph.D. from the University of Texas at Austin and has served as the chair of the Board of Directors of the Czech Educational Foundation of Texas. He is also editor of Kosmas, an interdisciplinary academic journal that focuses on Czech and Slovak studies. 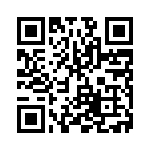