While not a definitive account of the French and Indian War, Walter Borneman has written a brief but excellent history of the conflict. After a concise survey of the five colonial wars that preceded ... Read full review

One of the better accounts of the French & Indian War. The author provides a nice general background of the state of affairs in England, France, and the colonies preceding the war, and then describes ... Read full review

Walter R. Borneman is the author of Alaska: Saga of a Bold Land, 1812: The War That Forged a Nation, and several books on the history of the western United States. He lives in Colorado. 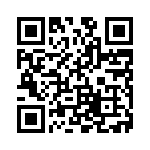