“Pihkal: A Chemical Love Story” has shown me great inspiration into why I do things, as well as my hope to understand the consciousness. As I am sure many of you may know this book well, the first part is a story about how two people became in love with one another and how different types of chemicals helped them deal with anything from midlife crises to chronic depression. They describe experiences that no psychologist could excrete from the subconscious psych with any of Freud’s tools for free association, however still supporting a lot of his theories.
Very different from the first part of the book is the chemical story or second part. Its really not much of a read unless you specifically want to know about a type of drug and its effects, as its more a list of notes on how the chemical was processed and the outcomes. Still an interesting and informative section to not be over looked.
The book in whole has given me a respect for the psychedelic community and uses that I would have not had before, and the knowledge that if used in the correct situations (not as a party drug or escape drug)as any helpful drug, can have a positive dramatic effect on ones life. They seem to truly show the inner self. This book has also been great for my different research as I one aspect of my research is to try to correlate dreaming (lucid and non-lucid) with psychedelic experiences (more on this at a later time). I still don’t condone use of psychedelics if they are considered illegal in your state or country, but hopefully someday they will allowed to be administered by psychologist in controlled involvements to help people like they have been before.
Read more about sleep, dreams, and reviews of books like Pihkal at: lucidconsciousness.com

47 other sections not shown

Alexander Shulgin (June 17, 1925 - June 2, 2014) was an American medicinal chemist, biochemist, organic chemist, pharmacologist, psychopharmacologist, and author. He is credited with introducing MDMA ("ecstasy") to psychologists in the late 1970s for psychopharmaceutical use, and for the discovery, synthesis and personal bioassay of over 230 psychoactive compounds for their psychedelic and entactogenic potential.

Ann Shulgin (born 22 March 1931) is an American author and the widow of chemist Alexander Shulgin that she wrote PiHKAL and TiHKAL with. They developed a systematic way of ranking the effects of the various drugs, known as the Shulgin Rating Scale, with a vocabulary to describe the visual, auditory and physical sensations. She also contributed to the books Thanatos to Eros: 35 Years of Psychedelic Exploration, Entheogens and the Future of Religion, Ecstasy: The Complete Guide, The Secret Chief Revealed, Higher Wisdom: Eminent Elders Explore the Continuing Impact of Psychedelics, and Manifesting Minds: A Review of Psychedelics in Science, Medicine, Sex, and Spirituality. 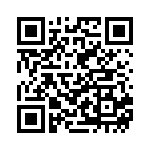