Sharon Portnoff, Ph.D. (2005) in Jewish Philosophy, Jewish Theological Seminary, is currently Visiting Assistant Professor of Religious Studies at Pomona College. She has delivered papers on Primo Levi, Dante, Louis Zukofsky and Emil L. Fackenheim, and her poems have appeared in Midstream and Chants. She is currently working on a book, tentatively titled The Interface of Fiction and Reality: Primo Levi's Use of Dante's Inferno in Se questo č un uomo.
James A. Diamond, Ph.D. (1999) in Philosophy, University of Toronto, LL.M. (1979), New York University School of Law, is the Joseph and Wolf Lebovic Chair of Jewish Studies and Director of the Friedberg Genizah Project, at the University of Waterloo, Ontario. His publications include Maimonides and the Hermeneutics of Concealment, (winner of Canadian Jewish Book Award, 2002), Converts, Heretics and Lepers: Maimonides and the Outsider, and articles in such journals as AJS Review, Jewish History, Jewish Quarterly Review, Jewish Studies Quarterly, The Journal of Jewish Thought and Philosophy, Medieval Philosophy and Theology, Philosophy and Literature and Vetus Testamentum.
Martin D. Yaffe, Ph.D. (1968) in Philosophy, Claremont Graduate University, is Professor of Philosophy and Religion Studies at University of North Texas. He is the author of Shylock and the Jewish Question and Judaism and Environmental Ethics: A Reader, co-translator of Aquinas' Literal Exposition on the Book of Job and translator of Spinoza's Theologico-Political Treatise, the philosophical founding-document of both modern biblical criticism and modern liberal democracy. He is currently completing a translation from the German of Leo Strauss's essays on Moses Mendelssohn, originally contained in the Jubilee Edition of Mendelssohn's works (1929ff.), of which Strauss was a co-editor. 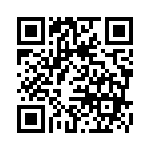