Karen Holliday Tanner is the author of Doc Holliday: A Family Portrait. She received a Lifetime Achievement Award from the Wild West History Association. 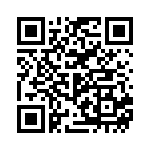