Dr. Heather Yu is a Senior Scientist at Panasonic Information and Networking Technologies Laboratory. She received her B.S. degree from Peking University, her M.A. and Ph.D. degrees from Princeton University each in Electrical Engineering. 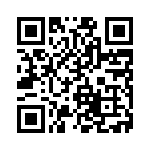