A book of short stories that offers a sampling of two great writers, Yasunari Kawabata and Yasushi Inoue. The title story, The Izu Dancer is by Kawabata and is about a small troupe of traveling ... Read full review

Inoue Yasushi is considered to be the last of the Japanese masters, heir to the traditions of classical Chinese and Japanese literature. This journalist-turned-novelist writes poetry, historical fiction set in China and old Japan, and novels of modern Japan. His first fiction was published in 1948, and his choice of settings continues to reveal a superb feel for other times, places, and peoples.

Author Yasunari Kawabata was born in Osaka, Japan on June 14, 1899. He experienced numerous family deaths during his childhood including his parents, a sister, and his grandparents. He graduated from the Tokyo Imperial University in March 1924. He wrote both short stories including The Dancing Girl of Izu and novels including The Sound of the Mountains, Snow Country, Thousand Cranes, and The Old Capital. In 1959, he received the Goethe Medal in Frankfurt and in 1968 he won the Nobel Prize for Literature. He committed suicide on April 16, 1972. 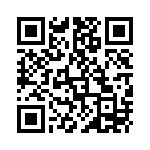