Alfred L. Kroeber was an American anthropologist whose life was coterminous with the development of American anthropology. His 1902 Ph.D. from Columbia University was the first ever awarded. His book Anthropology, first published in 1923, was the only textbook of its time, and it was enormously influential among students, scholars, and the general public. The 1948 edition has the subtitle Race, Language, Culture, Psychology, Prehistory, indicating the range of his interests and his contributions. His concept of "cultural configuration" was influential; his notion of culture as "superorganic" was controversial as well. Much of his research was carried out in California, and he taught at the University of California, Berkeley, for most of his professional life. 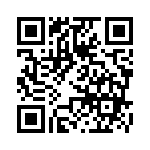