John H. Pryor, Ph.D. (1974), Medieval Studies, University of Toronto, is an Associate Professor at the University of Sydney in Medieval Studies and History. He has published extensively on medieval Mediterranean history, especially on the Crusades and on Maritime History.
Elizabeth M. Jeffreys, B. Litt (1969) Oxford, Bywater and Sotheby Professor of Byzantine and Modern Greek language and literature, Oxford. She has published extensively on Byzantine literature, including editions of 6th, 12th, and 14th century literary texts. 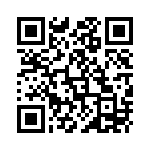