This is an essential read for anyone interested in the Middle East, its conflicts and the current climate in the region. It gives a detailed account of not only the Jewish state but of the surrounding regions and the impact that the establishment of the State of Israel had, and continues to have on world politics. While it is long, the language is easy to follow and Mr Sachar writes in such a way that even the endless political ruction can hold the interest of someone who would normally lapse into a coma at the mention of the phrase “and in world news today”.
As a reader with limited knowledge of the region the text seems to be an equitable (as opposed to equal or bipartisan) chronicle of some of the most contentious events in recent history and the bibliography provides opportunities to research further and be able to develop your knowledge on the subject.
After reading this book, the next time you’re at the pub and someone asks “what’s going on over there anyway?” You’ll be more than prepared.

80 other sections not shown

Born in St. Louis, Missouri, and reared in Champaign, Illinois, HOWARD MORLEY SACHAR received his undergraduate education at Swarthmore and took his graduate degrees at Harvard. He has taught extensively in the field of modern European history, and lived in the Middle East for six years, two of them on fellowship, the rest as founder-director of Brandeis University's Hiatt Institute in Jerusalem. Dr. Sachar has contributed to many scholarly journals and is the author of thirteen other books. 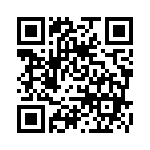