Born in 1866, Charles F. Haanel achieved success as both a businessman and an author, rising to top positions at numerous corporations in his native St. Louis throughout his life. Often called the "Father of Personal Development," Haanel was among the earliest writers to popularize the "Law of Attraction." Haanel originally published The Master Key System as a correspondence course in 1912, before collecting the lessons and publishing them as a single volume in 1917. Haanel retained membership in many influential groups, such as the American Society for Psychical Research, and went on to write Mental Chemistry and The New Psychology. He died in 1949. 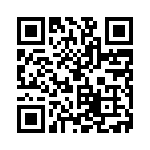