Interesting structure: Beginning at middle age, then going backwards to early marriage and teenage years. Structure reminded me of Pinter's 'Betrayal'. But could not feel anything for the chilly ... Read full review

Elizabeth Jane Howard was born in London, England on March 26, 1923. She was educated by governesses at home. Her first novel, The Beautiful Visit, was published in 1950 and won the John Llewellyn Rhys prize. Her other works include the series the Cazalet Chronicles, Falling, and the autobiography Slipstream. The first two novels of the Cazalet Chronicles, The Light Years and Marking Time, became the BBC TV series The Cazalets in 2001. The other books in the series are Confusion, Casting Off, and All Change. She also edited several anthologies and wrote short stories, articles, television plays, film scripts and a book on food with Fay Maschler. She was made a CBE in 2000. She died on January 2, 2014 at the age of 90. 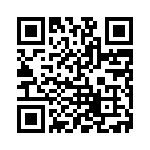