I got hold of a copy of this after seeing the recent Tolkien biopic -- for which it was obviously the principal source. Its main interest is as an exhaustive group portrait of Tolkien and his three ... Read full review

This was an utterly excellent book, following Tolkien's own biography and the development of his mythology with excellent detail and attention to nuance. I expect it's all but incomprehensible to ... Read full review

John Garth, winner of the 2004 Mythopoeic Society Scholarship Award, studied English at Oxford University and has since worked as a newspaper journalist in London. A long-standing taste for the works of Tolkien, combined with an interest in the First World War, fueled the five years of research that have gone into Tolkien and the Great War and he has drawn extensively on previously unpublished personal papers as well as Tolkien's service record and other unique military documents. 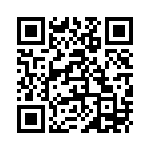