The novel is set in the late 1950's and early 60's in Hammond and Seracuse, New York. Gracie Curtney is a white girl coming from a dysfunctional household with a gambler father and an alcoholic mother ... Read full review

I almost gave this book 5 stars. After taking a while to warm up to the story and almost putting it aside a few times, I found that after about 150 pages, I couldn't put it down. During those first ... Read full review

Joyce Carol Oates was born on June 16, 1938 in Lockport, New York. She received a bachelor's degree in English from Syracuse University and a master's degree in English from the University of Wisconsin. She is the author of numerous novels and collections of short stories. Her works include We Were the Mulvaneys, Blonde, Bellefleur, You Must Remember This, Because It Is Bitter, Because It Is My Heart, Solstice, Marya : A Life, and Give Me Your Heart. She has received numerous awards including the National Book Award for Them, the PEN/Malamud Award for Excellence in Short Fiction, and the F. Scott Fitzgerald Award for Lifetime Achievement in American Literature. She was a finalist for the 2015 Pulitzer Prize for Fiction with her title Lovely, Dark, Deep. She also wrote a series of suspense novels under the pseudonym Rosamond Smith. In 2015, her novel The Accursed became listed as a bestseller on the iBooks chart. She worked as a professor of English at the University of Windsor, before becoming the Roger S. Berlind Distinguished Professor of Humanities at Princeton University. She and her late husband Raymond J. Smith operated a small press and published a literary magazine, The Ontario Review. 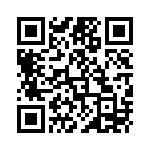