Review: Before the Fall

This is the second of Hawley's books I've read, after "The Good Father" and I really enjoyed them both, dark and morbid though the subjects of both books may be. Hawley's writing style is an enjoyable ... Read full review

Review: Before the Fall

Started good , middle was awesome but the end was a little letdown for me. If you like Bill o'reiley, Fox News , flight crashes , this book is for you :) Read full review

Noah Hawley is an Emmy, Golden Globe, Critics' Choice, and Peabody Award-winning author, screenwriter and producer. Noah is the author of A Conspiracy of Tall Men (1998), Other People's Weddings (2004), The Punch (2008), The Good Father (2012), and Before the Fall (2016). He also wrote the script for the feature film Lies and Alibis. 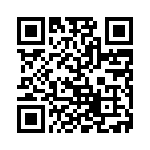