James C. Dobson was born in Shreveport, Louisiana on April 21, 1936. He received an undergraduate degree from Pasadena College and a Ph.D. in child development from the University of Southern California. He was an associate clinical professor of pediatrics at the University of Southern California School of Medicine and on the attending staff of Children's Hospital of Los Angeles. He was founder and president of Focus on the Family, an organization that produces nationally broadcast radio programs on domestic issues, but is no longer affiliated with the organization because of significant philosophical differences with the new leadership. He is founder and president of Family Talk, a nonprofit organization that produces his radio program, Dr. James Dobson's Family Talk. He is the author of more than 30 books dedicated to the preservation of the family including The New Dare to Discipline, Love for a Lifetime, When God Doesn't Make Sense, Life on the Edge, Love Must Be Tough, The New Strong-Willed Child, Marriage Under Fire, and Head Over Heels.

As Founder and Chairman of the Campaign for Working Families, and past President of the Family Research Council and Senior Vice Presidnet of Focus on the Family, Gary L. Bauer is one of the nation's leading voices on Pro-Family policy and family issues. His political endeavors include seeking the Republican nomination for President in 1999 and serving as an assistant for policy development during the Reagan Administration. He is a nationally known speaker, commentator, and author of multiple books including Children At Risk: The Battle for the Hearts and Minds of Our Kids, co-written with Dr. James Dobson. 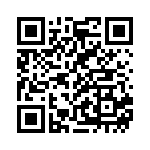