MEGHNAD DESAI was born in Vadodara, Gujarat, and received his BA and MA degrees from the University of Bombay. He went to the US in 1961 where he completed a doctorate at the University of Pennsylvania. He taught economics from 1965 to 2003 at the London School of Economics, where he now holds the post of Professor Emeritus. He has authored over twenty books and two hundred articles. His recent books include Marx's Revenge: Resurgence of Capitalism and the Death of Statist Socialism; Nehru's Hero: Dilip Kumar in the Life of India; Development and Nationhood: Essays on the Political Economy of South Asia; Rethinking Islamism: Ideology of the New Terror; and a novel, Dead on Time. Meghnad Desai has been an active member of the British Labour Party since 1971. He was made Lord Desai of St Clement Danes in 1991, and was awarded the Bharatiya Pravasi Puraskar in 2004 and the Padma Bhushan in 2008. He divides his time between London, Delhi and Goa. 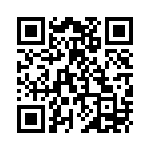