Professor Tetsuya Osaka is a professor in the Department of Applied Chemistry, Waseda University, Tokyo, Japan - a position he has held since 1986. He has contributed as an author and/or editor of more than 70 books and published more than 890 original and review papers in these fields. He has been identified as one of the Highly Cited Researchers in the Materials Science category on the website of Thomson Scientific’s ISIHighlyCited.com. Ogumi's technical contributions have been recognized by many awards including Medal with Purple Ribbon bestowed from the Decoration Bureau of the Cabinet Office, Japan . He received Research Award of the Electrodeposition Division of ECS in 1996 and was elected a Fellow of ECS (2002), IEEE (2002), IUPAC (2004) and ISE (2006). 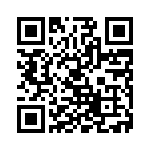