Ambassador Akbar Ahmed is currently the Ibn Khaldun Chair of Islamic Studies, American University in Washington DC, the First Distinguished Chair of Middle East and Islamic Studies at the US Naval Academy, Annapolis, and a Nonresident Senior Fellow at the Brookings Institution. He has taught at Princeton, Harvard, and Cambridge Universities and has been called “the world’s leading authority on contemporary Islam” by the BBC. He has advised General David Petraeus, Ambassador Richard Holbrooke, and other US agencies on Islam and foreign policy. He is regularly interviewed by CNN, NPR BBC, and Fox and has appeared several times on Oprah. He is the author of over a dozen award-winning books, including Discovering Islam, which was the basis of the BBC six-part TV series called “Living Islam.” Following up on his critically acclaimed Journey into Islam: The Crisis of Globalization, his latest project, based on extensive fieldwork, has resulted in a full length documentary, Journey into America, shown at several film festivals and the book, Journey into America: The Challenge of Islam (Brookings Press, July 2010).

Professor Sonn’s books include Interpreting Islam: Bandali Jawzi's Islamic Intellectual History (Oxford, 1996; winner of Choice Book of the Year award); Comparing Religions through Law: Judaism and Islam (with J. Neusner; Routledge 1999; named "One of the Best Books of the 1990s" by the Journal of Law and Religion), Islam: A Brief History (Wiley-Blackwell, 2010, an expanded and updated edition of A Brief History of Islam, Blackwell 2004), The Sage Handbook of Islamic Studies (2010), and The Religion Toolkit: A Complete Guide to Religious Studies (with J. Morreall; Wiley-Blackwell, 2011). She has contributed chapters and articles to numerous books, journals, and encyclopedias; and her works have been translated into Arabic and Bengali. She served as senior editor of the Oxford Dictionary of Islam (2003), and associate editor of Oxford's encyclopedia The Islamic World Past and Present (2004). She is currently an editor of Oxford Islamic Studies Online, and of Oxford's Encyclopedia of the Islamic World (2009). As well, she is editor-in-chief of Oxford Bibliographies Online--Islamic Studies, and co-editor-in-chief of Wiley-Blackwell's online journal of Religious Studies Religion Compass. Past-president of the American Council for the Study of Islamic Societies, Professor Sonn is a member of the academic advisory council for the Center for Muslim-Christian Understanding at Georgetown University, a member of the board of directors of the Center for the Study of Islam and Democracy; and a member of the editorial boards Muslim World, American Journal for Islamic Social Science, and several other journals. She has lectured in Europe, the Middle East, Africa, and Asia, and has received grants from the United States Institute of Peace, the American Council of Learned Societies, and the U.S. Department of State, and served as senior advisor for a Rockefeller Brothers Foundation-funded study of Islam in Asia for the National Bureau of Asian Research. 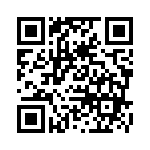