Willard Van Orman Quine has made lasting contributions to epistemology, ontology, and mathematical logic. Born in Akron, Ohio, he graduated from Oberlin College and proceeded to Harvard University, where he completed his doctorate under the eminent philosopher and mathematician Alfred North Whitehead. A traveling fellowship took Quine to the universities of Warsaw and Vienna, then great European centers for logic, and included work with Rudolph Carnap at the University of Prague. He returned to a teaching career at Harvard University, from which he retired in 1978. Using the rigorous tools of formal logic, Quine expresses himself in a fine, if spare, prose style. In analyzing language, he finds defects in the epistemological underpinnings of logical positivism. He undermines the distinction between analytical and synthetic statements, and he questions the reduction of empirical statements to unequivocal reports of sensory experience. He shows, instead, that empirical statements can be meaningful only within the larger conceptual structures to which they belong. This holistic approach to what Quine calls "the web of belief" is accompanied by a nominalistic view of ontology. 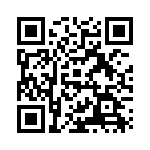