Recent springs and bounds in technology have opened the floodgates to a wealth of information that once required millions of man-hours to collect, collate, evaluate and assess, if indeed it ever ... Read full review

I'm not sure why I picked this up from a remainder table, but I think the reviews were moderately interesting. Baker gives a galloping tour of today's efforts to understand and categorize people by ... Read full review

STEPHEN BAKER was BusinessWeek 's senior technology writer for a decade, based first in Paris and later New York. He has also written for the Los Angeles Times , Boston Globe , and the Wall Street Journal . Roger Lowenstein called his first book, The Numerati , an eye-opening and chilling book." Baker blogs at finaljeopardy.net. 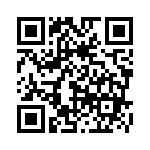