Pippa Norris is the McGuire Lecturer in Comparative Politics at the John F. Kennedy School of Government at Harvard University and a visiting professor at Sydney University. Her work analyzes comparative elections and public opinion, gender politics, and political communications. Companion volumes by this author and Ronald Inglehart, also published by Cambridge University Press, include Rising Tide (2003) and Cosmopolitan Communications (2009).

Ronald Inglehart is Professor of Political Science and program director at the Institute for Social Research at the University of Michigan. His research deals with changing belief systems and their impact on social and political change. He helped found the Euro-Barometer surveys and directs the World Values Surveys. Related books include Modernization and Postmodernization: Cultural, Economic and Political Change in Forty-Three Societies and Development, Cultural Change and Democracy (with Christian Welzel). 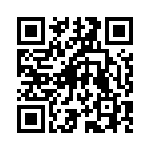