Grand treatment of James II' rise and fall within the context of Gallican absolutism and Catholicism as well as the usual context of English politics. Pincus is a little bit too fond of tooting his ... Read full review

The Glorious Revolution of 1688-89 has traditionally been viewed as a very "un-revolutionay" revolution in the sense that is was seen as bloodless, consensual, and conservative. Pincus (history, Yale ... Read full review

\Steve Pincus is professor of history at Yale University. He is the author of Protestantism and Patriotism and England's Glorious Revolution. He lives in New Haven, CT. 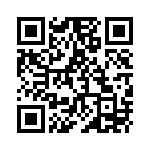