Elizabeth A.H. John , of Austin, Texas, is an independent historian engaged in research and writing, consultation, and lectures. Her primary interests lie in the history of the American Indian, the Hispanic Borderlands, and the interplay of Indian and European cultures. She has taught at Sacramento State University and at the University of Oklahoma, where she received her doctorate in history. She is the author of Storms Brewed in Other Men's Worlds: The Confrontation of Indians, Spanish, and French in the Southwest, 1540-1795 and numerous articles on Indian topics. She is the editor of José Cortés's Views from the Apache Frontier: Report on the Northern Provinces of New Spain, 1799 (University of Oklahoma Press). 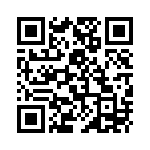