Jay Payleitner spent a decade in major market advertising on Chicago’s Michigan Avenue, where he created award-winning radio, TV, and print campaigns for eggs, steaks, canned vegetables, Kroger, the Chicago Symphony, and Corona Beer. He wrote TV spots with Coach Mike Ditka for Midway Airlines and spearheaded the creative team that named Frito-Lay’s “SunChips.” Following God’s clear call, Jay served two decades as freelance radio producer working with Josh McDowell, Chuck Colson, TobyMac, Bible League, AWANA, National Center for Fathering, and others. As an advocate for fathers and families, Jay served as Executive Director for the Illinois Fatherhood Initiative and testified at the 2018 Responsible Fatherhood Listening Summit in Washington. He’s a national speaker on marriage, parenting, and getting life right, and has spoken at Iron Sharpens Iron conferences in 15 states. Most notably, Jay has written more than 25 books including The Prayer of Agur, 52 Things Kids Need from a Dad, What If God Wrote Your Bucket List? and The Jesus Dare (see thejesusdare.com). His books have been translated into nine languages and sold more than a half-million copies. He has been a guest multiple times on The Harvest Show, Moody Radio, and Focus on the Family. Jay and his high school sweetheart, Rita, live in St. Charles, Illinois where they raised five awesome kids, loved on ten foster babies, and are cherishing grandparenthood. For speaking engagements, media interviews, and creative partnership opportunities, track him down at jaypayleitner.com. 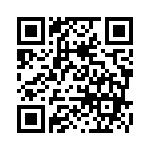