Martha Derthick is the former director of the Governmental Studies program at the Brookings Institution. She is retired from the Department of Government and Foreign Affairs at the University of Virginia, where she taught from 1983 to 1999. She has written five previous Brookings books, including Agency under Stress (1990), The Politics of Deregulation (1985, with Paul J. Quirk), and Policymaking for Social Security (1979). 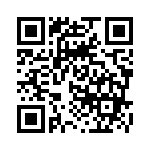