The encyclopedia of Jewish myth, magic and mysticism

The first and only encyclopedia of its kind, this single-volume reference provides a fascinating elucidation of the often unfamiliar elements, ideas, and mythical figures associated with Jewish ... Read full review

Geoffrey Dennis is rabbi of Congregation Kol Ami in Flower Mound, TX. He is also Lecturer in Kabbalah and rabbinic literature at the University of North Texas. He received his M.HL and was ordained at Hebrew Union College-Jewish Institute of Religion. He also has degrees in Education and Nursing.

His book with Llewellyn, The Encyclopedia of Myth, Magic, and Mysticism, has been selected as a runner up in the 2007 National Jewish Book Award, and received Honorable Mention in the Jewish Library Association 2007 Book Awards.

He is married and has two sons. 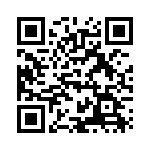