John B. Taylor, a highly regarded and widely honored figure, has earned numerous awards for both teaching and leadership in International Finance. Dr. Taylor is currently the Raymond Professor of Economics at Stanford University, where he has received the Hoagland Prize for excellence in undergraduate teaching and Rhodes Prize for teaching introductory economics. Dr. Taylor was founding Director of the innovative Stanford Introductory Economics Center and has served as Director of the Stanford Institute for Economic Policy Research. Since 1976, Dr. Taylor has worked in numerous government economic advisory roles. From 2001 to 2005, Dr. Taylor served as Undersecretary of Treasury for International Affairs, where he developed and implemented U.S. international financial policy, including currencies; trade in financial services; foreign investment, international debt; and reform of the International Monetary Fund, the World Bank, and other international financial institutions. Dr. Taylor was awarded the Medal of the Republic of Uruguay for his work in resolving the 2002 financial crisis. He was awarded the Treasury Distinguished Service Award for designing and implementing the financial reconstruction plan in Iraq and was awarded the Alexander Hamilton Award for his leadership in international finance. His accomplishments include helping to assemble an international coalition to freeze terrorist assets, expediting Afghanistan's economic reconstruction, creating a new currency and central bank in Iraq, forging an international agreement to reduce Iraq's debt by 80 percent, and creating a new economic engagement with Broader Middle East and North African countries. Taylor received his B.A. in Economics summa cum laude from Princeton University and Ph.D. in Economics from Stanford University.

Akila Weerapana is Associate Professor of Economics at Wellesley College. He was born and raised in Sri Lanka and came to the United States to complete his undergraduate work at Oberlin College, where he earned a B.A. with highest honors in Economics and Computer Science in 1994. Inspired by his professors at Oberlin, he attended graduate school at Stanford University. He received his Ph.D. in Economics from Stanford in 1999, writing his dissertation in monetary economics under the mentorship of Dr. John Taylor. Having taught several classes at Stanford while he was a graduate student, Dr. Weerapana was determined to pursue a career as a liberal arts college professor, combining his research interests with the opportunity to teach economics to gifted college students. Since 1999 Dr. Weerapana has taught more than 800 students at the Economics Department at Wellesley College. His teaching interests span all levels of the department's curriculum, including introductory and intermediate macroeconomics, international finance, monetary economics and mathematical economics. He was awarded Wellesley's Pinanski Prize for Excellence in Teaching in 2002. He has advised many students who have pursued graduate studies in economics or who have worked in economic research at the Federal Reserve. In addition to teaching, Dr. Weerapana's research interests focus on macroeconomics, specifically in the areas of monetary economics, international finance and political economy. 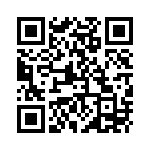