ANTHONY H. CORDESMAN holds the Arleigh A. Burke Chair in Strategy at the Center for Strategic and International Studies, and is a special consultant on military affairs for ABC News. The author of numerous books on Middle Eastern security issues, he has served in senior positions for the Secretary of Defense, NATO, State Department, Department of Energy, and the U.S. Senate. 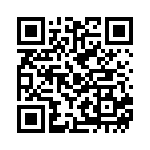