Great read - don't own because I gave it away. Got a stand-alone copy of The Long Walk though, which was my favorite story from this collection. If I could have kept just that story and the preface by Stephen King, I would have. A neat insight into what drove the use of a pseudonym. Read full review

Ok… Anyone checking out my book list will instantly notice that I am a Big Stephen King Fan. The stories in this collection are earlier works, written under the pseudonym, Richard Bachman and they ... Read full review

Under the pseudonym of Richard Bachman, world bestseller Stephen King published five books, including THE RUNNING MAN, THINNER, THE REGULATORS and THE BACHMAN BOOKS. Stephen King was awarded the 2003 National Book Foundation Medal for Distinguished Contribution to American Letters, and was voted Grand Master at the 2007 Edgar Allan Poe Awards. He is the author of more than forty books, all of them worldwide bestsellers. His recent stand-alone novels include DREAMCATCHER, CELL and LISEY'S STORY. He lives in Bangor, Maine, with his wife, novelist Tabitha King. 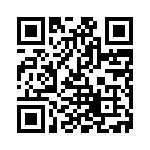