Gregory M. Scott, PhD, Professor Emeritus of Political Science at the University of Central Oklahoma, is best known for his co-authored (with Stephen M. Garrison and others) thirty-three volumes of political science texts and readers published by Pearson Higher Education. He and Professor Garrison are now developing a series of ten writer’s manuals with Rowman & Littlefield. He holds a BA from Ohio Wesleyan University, an MDiv from Oral Roberts University, and an MA and PhD from the University of Virginia. Dr. Scott’s has also served for fifteen years as Editor of Pearson’s Choices: An American Government Reader. His text Foundations for a Fifth Millennium: The Discipline of Political Science (Prentice Hall 1996) casts academic political inquiry as creative activity.

Stephen M. Garrison, PhD, is Professor of English and Creative Writing, former Chair of the Department of English, and Director of the Creative Writing Program at the University of Central Oklahoma (UCO). He received a BA and an MA from Baylor University and a PhD from the University of South Carolina. Garrison teaches writing, creative writing, fiction, and poetry. Author of the novel Shoveling Smoke (Chronicle Books 2003), Garrison has co-authored seven writer’s manuals in separate disciplines with Gregory M. Scott and has published numerous scholarly works. Garrison served as Fulbright Lecturer at the Jagiellonian University in Krakow (1989-90). 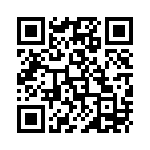