Russell Crandall is a Professor of International Politics and American Foreign Policy at Davidson College. His previous books include The United States and Latin America after the Cold War (Cambridge, 2008); Gunboat Democracy: US Interventions in the Dominican Republic, Grenada, and Panama (2006); and Driven by Drugs: US Policy Toward Colombia (2008). Interwoven with his academic career, Crandall has held high-level foreign policy appointments within several sectors of the US government, including the Joint Chiefs of Staff and Office of the Secretary of Defense at the Pentagon and the National Security Council at the White House. 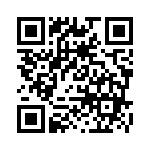